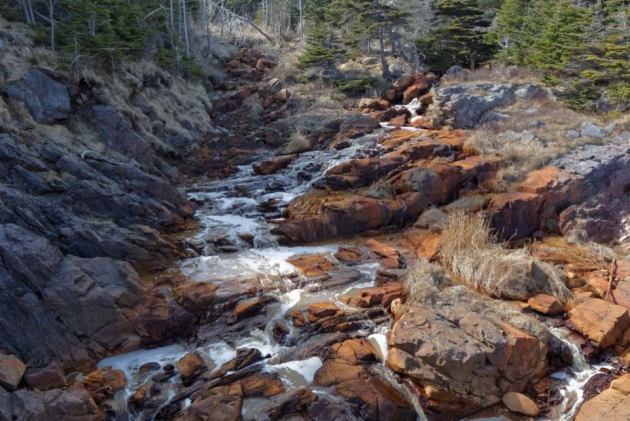 Water quality seems to be in the news a lot these days, and many cities are struggling to deal with a variety of problems. In the western world, we have access to water that is generally safe to consume, and we take the cleanliness of our water for granted. In many parts of the world, this is not the case, and around 2.4 billion people don’t have access to clean water. In the developed world, we have different issues related to contamination due to pollution and even the chemicals used to disinfect our water. In this article, we will look at twelve common contaminants and the risks associated with them.

The best known example of coliform bacteria would be E.coli, but there are many types found in water. The source of this bacteria is human and animal waste, and it can be harmful to health. Testing is conducted on the presence of total coliforms in water, but contamination can still occur due to breaks in the pipe delivery network.

This is the bacteria that causes legionnaire’s disease, which hospitalizes thousands of people each year. Legionnaire’s disease is a respiratory illness, and the bacteria that causes it is found in nature. When people breathe in tiny droplets of water that contain Legionella, they can be infected. This disease can be identified by flu-like symptoms, and it’s especially dangerous for people with pre-existing respiratory illnesses.

Both of these are parasites. They are pathogens that can be found in human and animal fecal waste. They are common forms of waterborne disease found all over the world in streams, rivers, lakes, and groundwater. These pathogens cause gastrointestinal health problems, and in recent years, some have become resistant to boiling.

If water isn’t clean to a high standard, it can contain enteric viruses, such as norovirus, rotavirus, hepatitis A and E, and many others. Many of these viruses can cause gastroenteritis, and their removal is a priority at water treatment plants.

Most water treatment plants use chlorination to disinfect public water supplies. This is an effective method, but chlorine and chloramine (chlorine and ammonia) use can cause other problems. Many people hate the “swimming pool” taste and odor of chlorine treated water. Recent studies have also suggested that chlorine byproducts may be a health risk. Installing an ultraviolet (UV) water treatment system at home is the best way to deal with harmful microorganisms that may be in your water supply.

Many plumbing systems have copper pipes, but if the water is acidic, leaching can occur as the copper is added to the makeup of the water. Short term exposure can lead to gastrointestinal issues, and long term exposure can cause liver and kidney issues.

There are two chromium tyes, chromium-3 (trivalent) is naturally occurring and an essential nutrient. Chromium-6 (hexavalent) also occurs naturally, but it may be a toxic byproduct of industrial processes. Ingesting chromium-6 is widely regarded as harmful to human life, and it can be carcinogenic.

This is a naturally occurring element found in soil and rocks that the water passes through on its way to the water treatment plant. But, arsenic can also be a byproduct of burning coal and mining operations. Medical studies have linked long term exposure to unsafe arsenic levels to neurological and cardiovascular health problems and certain types of cancer.

We’ve seen a lot of news coverage about lead in water supplies, and it can leach into water supplies via older lead pipe corrosion. Lead is toxic, it shouldn’t be consumed in any concentration, and it’s particularly dangerous for babies and young children. Ingesting leads can impair blood cell function, cause neurological damage and lead to learning disorders.

Nitrate and nitrite contamination is a common problem for well users in rural areas. The cause may be a septic tank too near the well or fertilization of farmland in the area. In smaller concentrations, these compounds are not dangerous for adults, but they are a serious problem for babies. If you have high levels of nitrates or nitrites, this may also be a sign that you have herbicides and pesticides in your water.

Mercury can enter the ground due to erosion, or it can occur during industrial activity and runoff from a landfill. Drinking water high in mercury has a number of health effects, including brain function issues, hearing loss, kidney damage, and even blindness.

The best way to remove inorganic compounds is a reverse osmosis (RO) filtration system at home. A RO system forces the water through a semi-permeable membrane that only allows water molecules to pass through. This makes the water safe for drinking and cooking, and there are other whole home systems to remove these contaminants. If you have acidic water, you need an acid neutralizer system to restore the balance to neutral. Inorganic compounds are typically tasteless, colorless, and odorless, which makes them hard to detect with laboratory testing. For this reason, we recommend a comprehensive water test to determine the makeup of your water.

If you’re a well user in an area where industrial activity takes place, you may have a contamination problem due to runoff and toxic waste. This is particularly true with chemical processing facilities where volatile organic chemicals (VOCs) are used. Common industrial chemicals include polychlorinated biphenyls (PCBs), trichlorethylene, carbon tetrachloride, chlorobenzene, and many others.

Modern farming practices rely heavily on pesticides, insecticides, and herbicides. Some common contaminants include lindane, oxamyl, endothall, atrazine, glyphosate, alachlor, and many others. Some agricultural chemicals have been restricted or even banned due to their health effects.

Removing organic compounds is possible with an activated carbon filter used alongside a RO filtration system. This will remove the contaminants and polish the water to make it taste cleaner and fresher. If you live in an area affected by organic compounds, it’s a good idea to get your water tested regularly because conditions can change a great deal over time.

If you want to improve the quality of your water at home, contact your local water treatment specialist today.