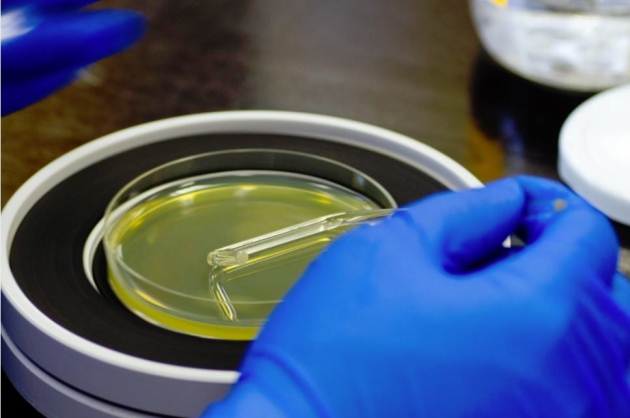 The surface of the Earth is 71% covered with water, and it can be readily found almost anywhere. We rely on the cycle of water to maintain or ecosystem and regulate our environment. We all know that access to clean drinking water is vital for a healthy life. Every person is also comprised of 60% water on average, and it’s essential to stay hydrated throughout the day. Sadly, as we become more populous and technologically advanced as a species, our environment is becoming more polluted. This has affected the quality of our drinking water, and one of the most prominent threats is microbial cysts.

What are Microbial Cysts?

Because of the aforementioned changes to our environment and climate, many different microbial cysts have been found in drinking water supplies. Certain types of bacteria and parasites have been identified, and they are contaminating our water. These microorganisms, such as bacteria, parasites, and organic debris, are the leading causes of waterborne diseases that affect humans and animals alike. The three most prominent microbial cysts, are Cryptosporidium, Giardia and Cyclospora. They are often present in water supplies that have not been treated or filtered adequately.

Let’s take a closer look at each of the three most common microbial cysts in more detail.

The Cryptosporidium parvum is a parasite that enters our streams, rivers, and lakes through animal waste and raw sewage. If ingested it can cause Cryptosporidiosis or “Crypto,” which is a mild gastrointestinal disease that isn’t particularly serious for most people. It should be noted that cryptosporidiosis can be fatal in people that have a compromised immune system in extreme cases.

The Giardia lamblia is also a parasite that enters our waterways in the same as Cryptosporidium. It can cause Giardiasis, a serious gastrointestinal illness that includes symptoms, such as vomiting, diarrhea and stomach cramps. A Giardia outbreak can occur quickly in an area where the water supply has been contaminated with raw sewage. It can also be contracted by drinking unfiltered water in nature that may have been contaminated with waste from water dwelling animals, such as muskrats and beavers or where domestic roaming animals such as sheep or cows are in proximity to the waterway. Studies have shown that Giardia is a very hardy microorganism and it can even survive in cold water for a significant period of time.

Cyclospora cayetanensis is a protozoan parasite that was unknown to scientists until the 1990s. It causes Cyclosporiasis, which is a gastrointestinal illness that’s spread by people that ingest water or food that has been contaminated with feces. The Cyclospora parasite requires a period of time ranging from days to weeks after being passed inside a bowel movement before it becomes an infectious hazard for someone else. So, it’s extremely unlikely that Cyclospora would be directly passed from one person to another person. Anyone travelling in a country where the Cyclosporiasis illness is common due to poor hygiene will be at an increased risk of infection.

How Do Microbial Cysts Affect Our Health?

Let’s look at the three diseases that are caused by these microbial cysts in more detail.

Cryptosporidiosis is often referred to as “Crypto,” it’s a parasitic disease that can affect the distal small intestine in healthy individuals and the respiratory tract in those that may have a compromised immune system. Healthier people will experience a mild stomach cramping, and watery diarrhea and others may have a severe cough. This disease was only identified in 1976, but it’s one of the more common waterborne diseases found globally.

Giardiasis is also known as “Beaver Fever,” it’s a waterborne disease that gets its nickname from the contaminated water found in and around beaver dams. This disease acts as both a host and a carrier, but scientific studies have shown that around 10% infected show no symptoms. There are many symptoms of Giardiasis, such as vomiting, abdominal pain, diarrhea, fever and blood in the stools, the last two being uncommon. These symptoms typically occur at 1-3 weeks after the exposure has occurred and untreated they could last for up to 6 weeks. There are two main treatments, metronidazole and tinidazole, but improved hygiene is necessary for prevention. Symptomatic Giardiasis is a common parasitic disease, in 2013 alone approximately 280 million people were affected globally. Infection rates in the developed world are around 7%, and in the undeveloped world, they can reach as high as 30%.

This waterborne disease is caused by the relatively newly discovered Cyclospora protozoa. It primarily affects humans or other primates by entering the small intestine and invading the mucosa. After a one week incubation period, the infected person will experience symptoms, such as stomach cramps, severe watery diarrhea, stomach bloating, muscle aches and accompanying fever. There is no vaccine for Cyclosporiasis, an antiprotozoal drug will not be sufficient, so the disease is usually treated with Co-trimoxazole or Sulfamethoxazole-Trimethoprim (Bactrim) instead.

How to Remove Microbial Cysts from Drinking Water

There are three main ways to deal with microbial cysts in drinking water; they are distillation, ultraviolet (UV) light and chlorination.

This is an inefficient method that uses a lot of energy to produce a relatively small quantity of water. As a system, it’s only practical for drinking water, but the vital minerals are removed, and the water tastes flat and unappetizing.

A UV light system can damage the DNA of microbial cysts and kill them. This method can easily be used to treat all the drinking water coming into the home. The system is very affordable, it uses very little energy, it requires next to no maintenance, and the bulbs are easy to replace.

This is an effective method used throughout the developed world to remove a wide variety of microbes, such as viruses, bacteria, protozoa, and cysts. The chlorine has to be in the water for a sufficient period of time to ensure that the disinfection takes place. Water treatment facilities use Chlorine or Chloramine to treat drinking water supplies. Chloramine is chlorine combined with ammonia to make the disinfection period longer. Sadly, many people hate the “swimming pool” taste and odor associated with these chemicals. It’s also worth mentioning that both of these chemicals have been linked with other health related issues, but further scientific study is needed. For these reasons, many people prefer to have an additional water filtration system at home to deal with any remaining waterborne contaminants and to remove the chlorine and chloramine.

If you are interested in testing your water, you should speak to a water treatment professional. A specialist technician can test your water supply and recommend treatment options best suited to the characteristics of your water.