How Widespread is Asbestos in Public Water Supplies? 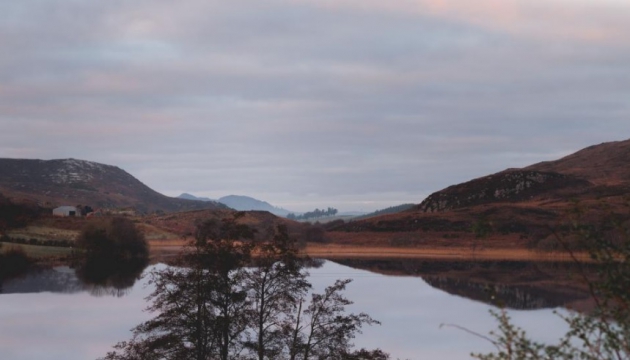 It seems that every day we hear about a new health scandal involving contaminated public water supplies somewhere on the North American continent. The focus is often on the presence of toxic lead, but there are also problems involving asbestos in many public water supplies. Asbestos is an extremely nasty material, and its presence in water supplies in any concentration is disturbing. In this article, we will explore what asbestos is, how it gets in our water, and what you can do about it for the health of your home.

Asbestos is a naturally occurring mineral with tiny fibrils that enhance its properties of heat resistance. This led to the material being used in a wide variety of insulation products and industrial processes. Sadly, this was a poor decision; people that breathed in asbestos dust began to fall ill with lung diseases and cancer. For this reason, asbestos is now banned in most countries, but it still lingers in our environment due to decades of pollution and contamination.

Why is Asbestos in Public Water Supplies?

The main vector for asbestos fibers in public water supplies is the gradual deterioration of water carrying pipes that were coated with asbestos when they were installed. According to experts, this risk of exposure to asbestos in water is equally split between naturally occurring deposits and man-made sources. There are three other ways that man-made asbestos can enter our public water; they are atmospheric pollution, industrial waste, and air conditioning pipes in certain water distribution networks.

Older water carrying pipes used an asbestos cement pipe known as transit that was strong, but inflexible making it susceptible to ground movement and cracking. Transit pipes were used for much of the 20th century, and although they are replaced regularly, it’s a lengthy process. The primary threat posed by transit pipes was inhaling asbestos fibers in the cement factories where the pipes were made. The serious health effects of asbestos were only recognized decades later, and the damage could have been limited or avoided entirely if the correct respiratory equipment had been issued to workers.

When they are presented with this information, most people will be concerned about whether their area is serviced with aging transit pipes. This is a legitimate concern; it’s estimated that over 400,000 miles of transit pipe was laid across Canada and the United States during the 20th century. These water carrying pipes were supposed to last for 70 years, and some of them are still in operation to this day. Over time these aging transit pipes will be replaced with new pipes that contain no asbestos at all. But, this is a lengthy process, it may take longer than you might imagine, and there is no guarantee of when this work will be completed. The government will counter this by saying that regular water testing is conducted to ensure that asbestos stays below an “acceptable level.” But, as you will see next, we don’t even really know what an “acceptable level” is, and a great deal of research is required on the subject of asbestos fibers in public water supplies.

Is Asbestos in Water Dangerous?

The short answer is yes. Asbestos is primarily recognized as dangerous to inhale, but ingesting these fibers has been linked to a higher risk of developing peritoneal mesothelioma. For this reason, municipal water suppliers have a minimum contaminant level for asbestos fibers, but even low levels of exposure over an extended period of time can be dangerous. Further study is needed, the evidence that asbestos can cause cancer when ingested is inconclusive at this time. But, at one point, the same could have been said about inhaling asbestos, and it seems unwise to take the risk.

What Can be Done About the Problem?

The government is known for moving quickly on a number of complex issues, and it appears that asbestos in water supplies falls into this category. Further in-depth studies would require a significant amount of money, and in this economic climate, that is unlikely to be green lit any time soon. It’s also worth mentioning that even if more testing was conducted and asbestos was found to be a carcinogenic after ingesting it in water, the work required to upgrade the water delivery network would be a massive undertaking. Of course, during the course of a water delivery network upgrade, many homes would still be receiving water from transit pipes until all the pipes supplying their homes were replaced. Given the scale of this work and the excuse of minimum level water testing, it’s not likely that we will see any movement on this issue. But, all is not lost, a homeowner can take steps to improve their water quality and remove the asbestos fibers before they enter their home.

How Can I Improve My Water Quality at Home?

In the past few decades, we have seen the emergence of a industry dedicated to improving the quality of water supplied to any home. The methods have been refined over the intervening years, and home water treatment is now extremely effective and affordable for many people. For this reason, many homeowners have installed water treatment systems in their homes to remove a wide variety of contaminants, including asbestos fibers.

A simple filter pitcher or a point of use carbon water filter in your refrigerator or kitchen tap will not get the job done. These systems can remove certain contaminants, but they only work at a single location, and they cannot remove asbestos fibers. If you want a comprehensive solution, the best option is to install a whole house water treatment system.

A whole house water treatment system will provide clean and fresh water to every tap and plumbing fixture in your home. A reverse osmosis system forces the water through a semi-permeable membrane under pressure to remove even very small contaminants. The water can then be sanitized using UV light, and finally, it’s conditioned using carbon filtration. If you want to know more about improving your water quality at home, consult your local water treatment professional for expert help and advice.