Everything You Need to Know About Sulfur in Your Water Supply 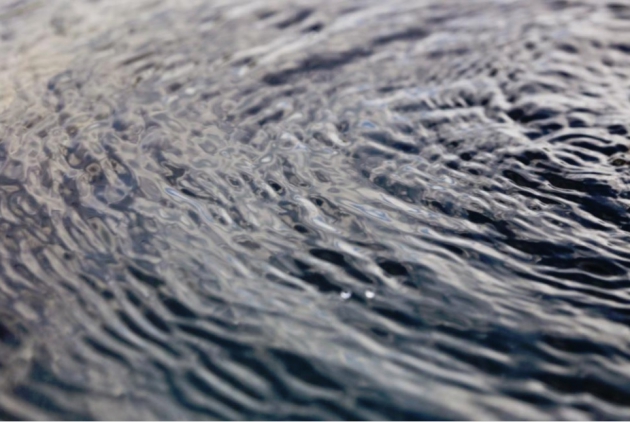 Sulfur is a particularly nasty contaminant in your water supply because it tastes and smells terrible, and when water is unpalatable, people simply don’t drink enough to stay hydrated. If you have a problem with any type of contaminant, the first step is to establish the scale of the problem and then you will understand how much you need to remove. This is pretty easy if you have an iron or manganese issue because they are dissolved solids that are simple to measure. But, sulfur is a dissolved gas and testing is tricky and more expensive. Let’s take a closer look at sulfur to better understand the problem and offer a solution on how you can remove it from your water supply.

Why is Sulfur in Your Water Supply?

The presence of sulfur in your water supply is caused by hydrogen sulfur gas, and it can enter your water in three main ways.

Sulfate reducing bacteria could be converting compounds in your water into hydrogen sulfide gas.

The water passed through rocks and soil that contained a certain level of sulfur decay and that material seeped into the water supply and dissolved.

Hydrogen sulfide gas is being produced inside your water heater.

What is the Problem with Sulfur?

It’s unlikely that you would have large quantities of sulfur present in the food that you eat. But, you could have a high concentration of sulfur in the water that you drink and use for cooking your food. The main complaint about sulfur is the “rotten egg” type smell that will make any water unpalatable for the majority of users. If you can somehow ignore the sulfur odor and you did drink sulfur water or eat food that was cooked in it, there are few detrimental health effects, such as stomach cramps, diarrhea, and dehydration. These health issues are not likely to cause a great deal of harm to a healthy adult, but they could be a more serious health risk for vulnerable groups, such as infants, young children, and elderly people. Over time your body may even be able to adjust to the elevated levels of sulfur, but many people would not be prepared to go that far and deal with those health effects for any period of time.

Are There Benefits to Ingesting Sulfur?

Many of the foods that you consume on a daily basis may already contain small quantities of sulfur. In fact, sulfur is very beneficial as part of your everyday nutrition, and it can help in a number of different ways, such as improving skin, adding body and shine to your hair and helping to build connective tissue in your body. But, when you consume sulfur in larger quantities these benefits are not enhanced, more sulfur doesn’t equal better hair and skin. In fact, as we’ve already seen large quantities of sulfur can cause health issues, and you only need a small quantity each day to meet your daily nutritional needs.

What About Using Sulfur Water in Other Ways?

So, it’s not a great idea to drink sulfur water or eat food cooked in it, but what about other tasks around the home. Bathing and showering in sulfur water isn’t dangerous, but most people would not be able to stand the “rotten egg” stench for very long. After you’ve finished your ablutions, you may find that you don’t feel very clean and the foul odor may even linger on your skin and in your hair. If you wash your clothes in sulfur water, you may notice that you get pale yellow stains on your clothes and they will not look very clean.

As we mentioned above, testing for sulfur can be expensive, so we have put together a shortlist of three simple tests that you can do at home to establish that you have a problem. These are not a substitute for water testing, but at least you won’t be wasting money on water testing for sulfur when there isn’t a problem. Instead, you will be establishing the scale of the problem because you will already know that you do have higher concentrations of sulfur in your water supply.

When you open your front door, can you immediately smell the distinctive odor of sulfur? If the answer is yes, then you have an extremely high concentration of sulfur in your water supply.

If you cannot smell the presence of sulfur at your front door, go to the kitchen and run the cold water tap in your sink for at least 3 minutes. Can you smell sulfur in the kitchen sink? If the answer is yes, you probably have a moderate level of sulfur contamination in your water supply.

If you cannot smell any sulfur after following step 3, lean over into the sink and try to detect the presence of sulfur again, can you smell it? If the answer is yes, then you have a low concentration of sulfur in your water supply.

Again, this is a rough and ready test, but it will give you an idea about what the scale of your sulfur problem is and then you can carry out further water testing if required to confirm these findings.

How Can You Get Rid of Sulfur Water?

No matter where you get your water supplied from it’s unlikely that you will be able to change the water at the source. The only way that you can remove sulfur is by installing an additional water filtration system in your own home. The most popular way to remove high concentrations of sulfur is to use an oxidation sulfur filter system. But, it’s crucial to get a sulfur water filter that is appropriate to the scale of the problem and that the unit can supply the volume of water that you need. Understanding the maximum water flow that can pass through the filter and the maximum flow needed to backwash the unit for cleaning is also essential.

If you need more advice on removing sulfur from your drinking water contact your local water treatment specialist for expert help and guidance today.